The Giants of Monte Prama are colossal, prehistoric stone statues of boxers, archers and warriors, recently found in Sardinia dating back to 800 BC before Rome was even founded. They belong to the Nuragic civilisation, which flourished in Sardinia for two millennia until the second century AD. The figures, standing over 6.5ft high, are distinguished by their unearthly eyes.

CCA’s conservation project of the Giants of Monte Prama was presented at by Roberto Nardi on October 21st at the Italian Cultural Institute under the auspices of the Region of Sardinia and in collaboration with the Archaeological Institute of America’s Chicago Society on the occasion of the 16th Annual Italian Language Week in the World.

The project received the Europa Nostra Award and the Public Choice Award last year, and recently received The Best in Heritage Award 2016. 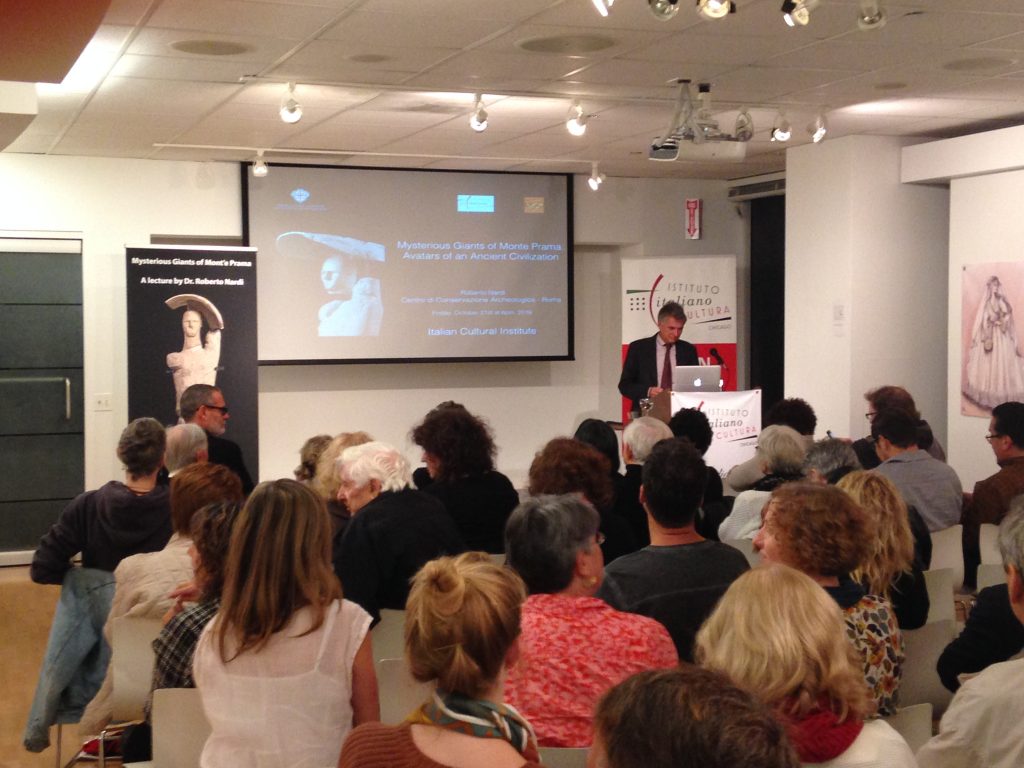 The prehistoric giants of Mont’e Prama. From stone fragments to new “brand” of Sardinia