Monastery of Saint Catherine in Sinai: The conservation of the mosaic of the Transfiguration

On Tuesday the 21st of April 2015, at 18:00, Roberto Nardi gave the lecture “Monastery of Saint Catherine in Sinai: The conservation of the mosaic of the Transfiguration”.

Roberto Nardi presented the conservation project of the Mosaic of Transfiguration in the apsis of the church of Saint Catherine Monastery, Sinai. The conservation intervention, directed by Prof. Nardi, was carried out between 2005 and 2010, and it rescued from collapsing an important masterpiece of early Byzantine art (6th century A.D.). The mosaic covers the church apsis and it shows an incredible chromatic richness because of the use of glass, gold and silver tesserae, as well as polychrome marbles. The intervention was planned by CCA on behalf of the Getty Conservation Institute (GCI) and realised thanks to private funding.

The conference took place at the Small Basilika, Knjaginja Maria Luiza Str. 32, Plovdiv (Bulgaria). The event is part of a cycle of conferences for the Balkan Heritage Foundation between the 20th and the 22nd of April 2015, in Sofia, Plovdiv and Skopje.

Balkan Heritage Foundation is a Bulgarian is a public, non-profit, non-governmental organization, whose mission is to support the protection, conservation, management and promotion of cultural and historical (both tangible and intangible) heritage of Southeastern Europe. 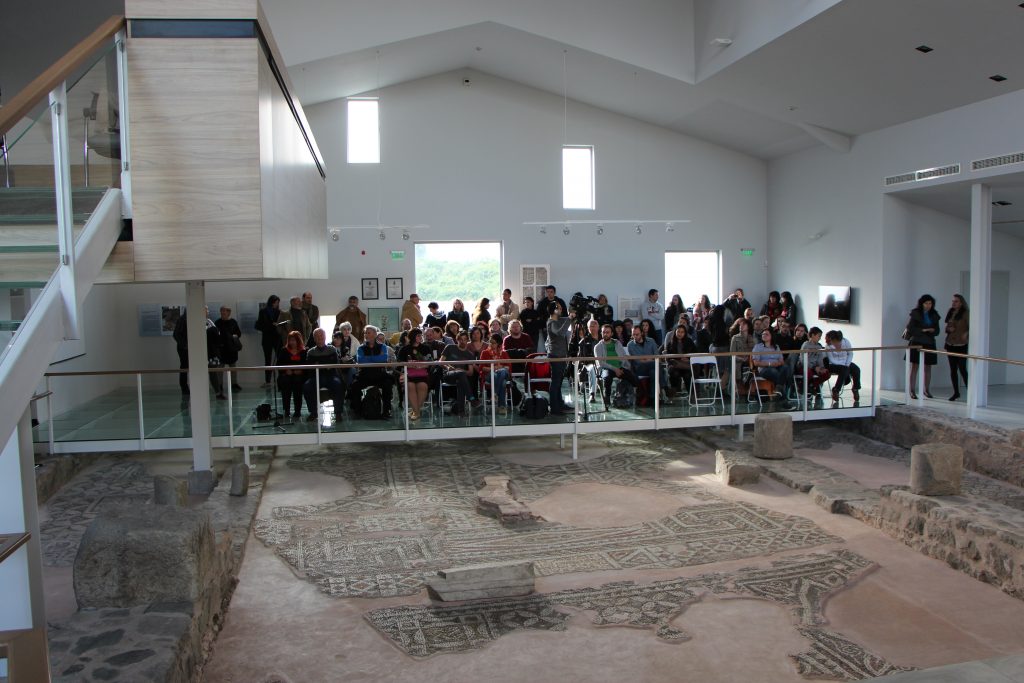 The Conservation of the Prehistoric Sculptures of Monteprama, Sardinia, Italy