On November 6th, 2018 Roberto Nardi gave a series of lecture at the National Museum of Bahrain on the restoration of architectural buildings in the historical city of Manama and Al-Muharraq through establishing cultural paths that enhance the relation between people and places.

“Nardi Lecture’s highlighted the great advances made restoration of cultural historical cities in recent decades and the further important developments that have started to take hold. The advances have been achieved through a major ethical and methodological evolution, which has succeeded in limiting some of the grave losses of cultural heritage otherwise caused by natural deterioration and by the anthropic action of so-called ‘economic development’. They are advances supported by the ever more common recognition of the economic-social role of conservation, of the value that the conservation of cultural heritage holds for sustainable development and improvement in the quality of life. In addition, during his lecture, he showcased examples of cultural heritage properties that are being preserved in the old city of Manama including Al Fadhel Mosque’s Minaret and the restoration of Nassif House, a project by Shaikh Ebrahim bin Mohammed Al Khalifa Centre for Culture and Research. Roberto Nardi highlighted during his intervention the importance of complementarity and cooperation between all categories of society, arguing that history and culture are comprehensive elements belonging to all humans”. 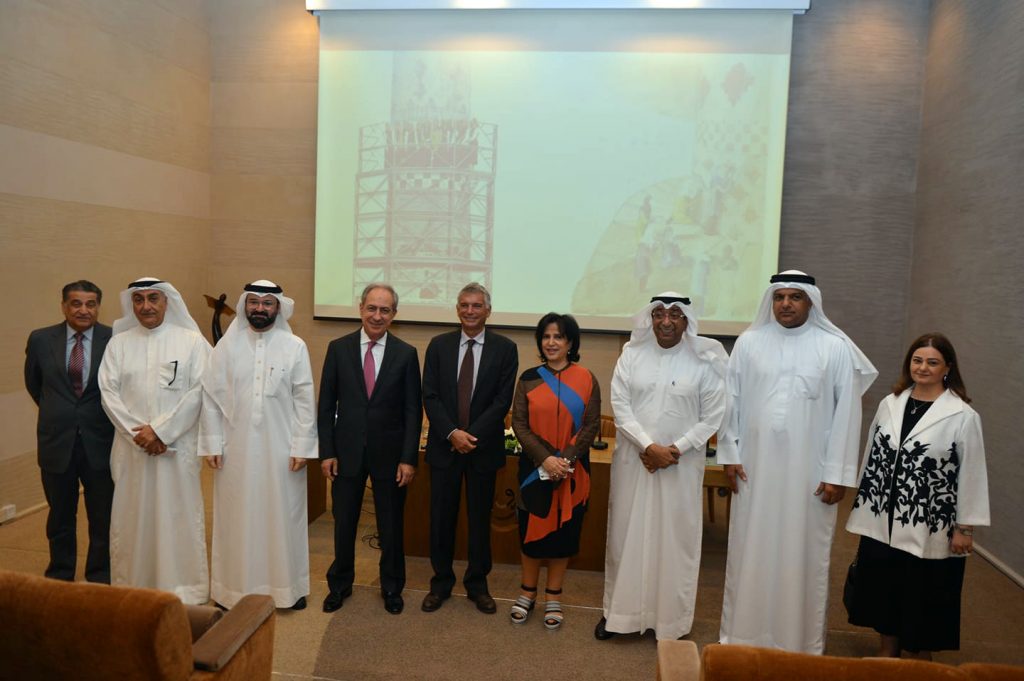 Minister of Culture of Bahrein Sheika Mai, with the Director of Board of Directors of the Bahrein Petroleum Company Dr. Dawood Nassif, and with other members of the Chamber of Commerce of Bahrain